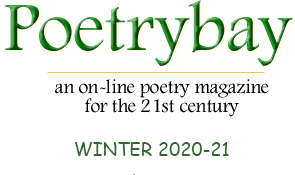 INTO THE NIGHT WE GENTLY GO

On his way home, he got stopped by the police who wanted to know how much he had to drink. He said, “couple beers.” That night the moon was as bright as the eyes of a young girl in love, but the law wanted exactitude. “I don’t know. Maybe three.” He smiled. “Yeah, I drank three beers and ate some carne asada tacos,” and as he was handcuffed, he became aware of the full-throated singing of chicharras.  As he was ushered into the backseat of the cruiser, he kept repeating that word over and over in his head, chicharras. After the tow truck arrived for his car, the cops climbed into their seats and put on their seatbelts in what, to him, seemed good cheer. Sitting in the backseat with his hands cuffed behind him, the metal gently cutting into his wrists, he kept his cool as he quietly, to himself, tried a bad impression of Rocky Balboa: “Hey, nothing’s over till it’s over.”  He knew it’d be a long drive to the police station, but he had faith that, just like all the other times, he’d get out of this. He’d find a way. And just like all the other times, the moonlight whitened his face.

OCTAVIO QUINTANILLA is the author of the poetry collection, If I Go Missing (Slough Press, 2014).  He teaches in the MA/MFA program at Our Lady of the Lake University. Connect: Instagram @writeroctavioquintanilla Website: octavioquintanilla.com

www.poetrybay.com
is a product of Birnham Wood Graphics,
George Wallace
publisher and editor

all rights revert to authors